Directions......Castlefreke Woods is located about 10kms to the south-west of Clonakilty 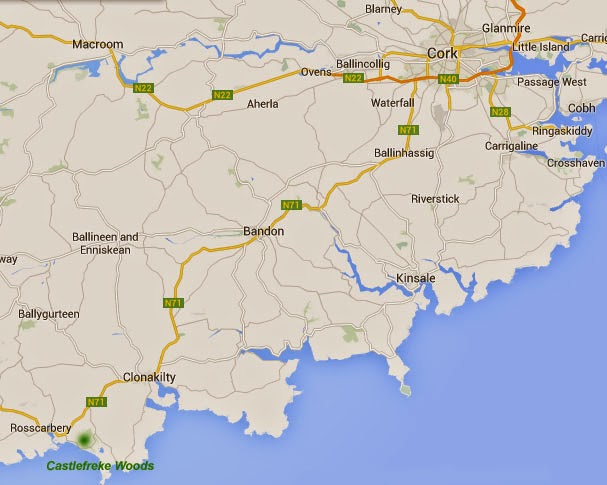 The woods are near the picturesque village of Rathbarry. From Clonakilty, stay on the N71 for Roasscarbery and look for signposts left for Rathbarry and Castlefreke Woods. 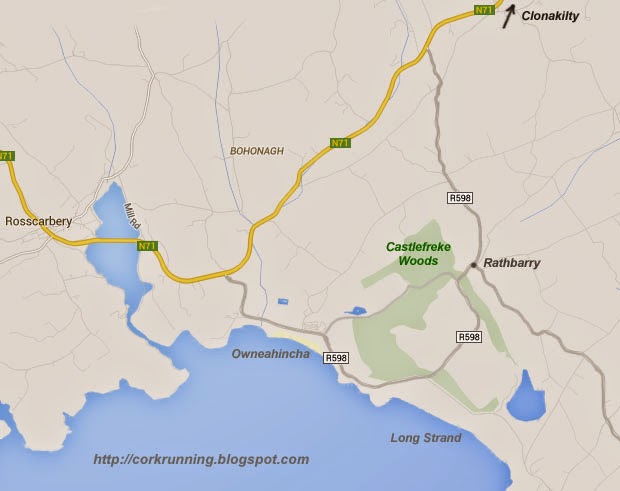 Once you reach Rathbarry, drive straight through and turn right at the old gate lodge. The entrance to the woods is just up the road 300m on the right.


Additional info...Castlefreke Woods is a collection of woodlands close to Rathbarry village in West Cork.  The main woodland car park is adjacent to Castlefreke castle. Rathbarry castle was built in the 15th century by Randal Barry. It was passed on to Arthur Freke in 1617 and became the family seat of the Evans Freke or Lord Carbery family.

The woodlands came into state ownership after the 2nd world war.  They were planted with a mixture of conifers and broadleaves in the early 1950's.  Species planted were Sitka and Norway spruce, Maritime pine, sycamore, beech and some oak. The pines and spruces are gradually being phased out of the area and are being replaced with oak, ash, Douglas fir and larches.  Part of the lands planted in the 50's was an area of 10 ha. adjacent to the sand dunes at the Long strand. It is believed that these dunes were formed as a result of a tsunami which occurred in 1755 after an earthquake near Lisbon.

""On November 1st, 1755, a series of tsunamis lasting more than seven hours tore at the south west coast of Ireland, “wrecking fishing boats around Kinsale” and “even damaging coastal buildings as far north as Galway Bay” "" 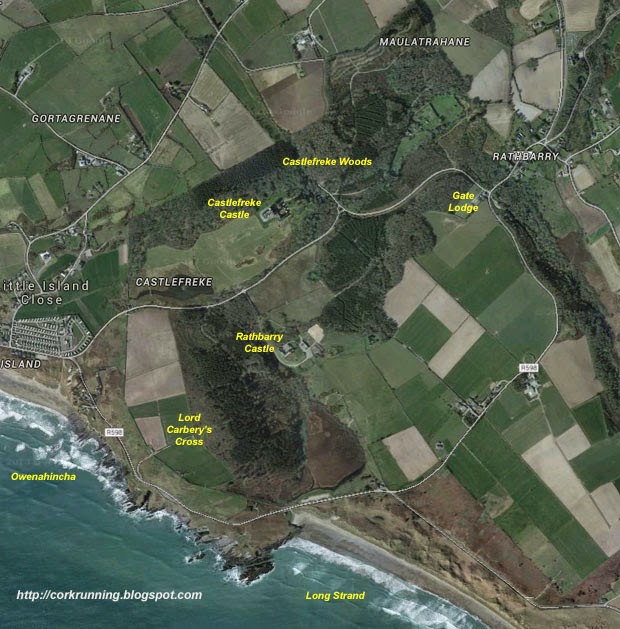