Location.....The picturesque village of Dundrum is located in South Tipperary, about 8 miles from Tipperary Town and 9 miles from Cashel. The map below shows the approach roads and it is well signposted. 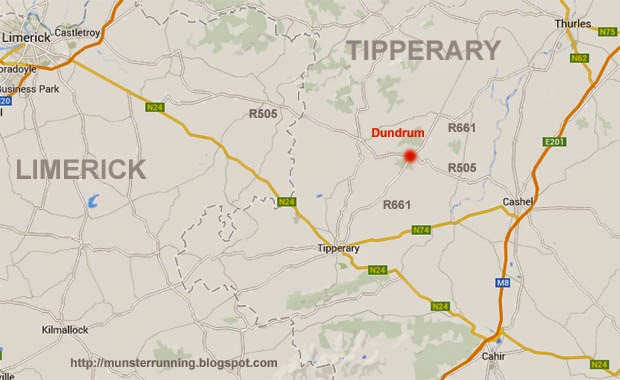 The race HQ is at the local Scout / Community hall. The start line and finish line are within 200m of the scout hall.... 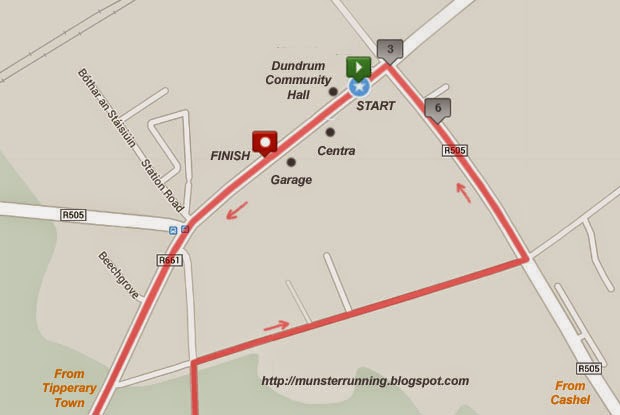 Entrance to the Community Hall from the road.... 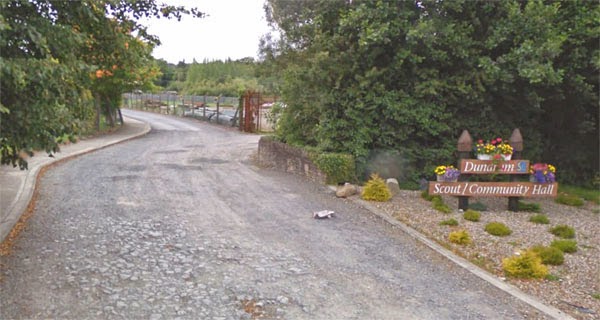 A useful landmark is the local Centra store. Below is the view from the south-west showing the entrance to the community hall and the start line is beyond that...

Plenty of space for parking at the hall... 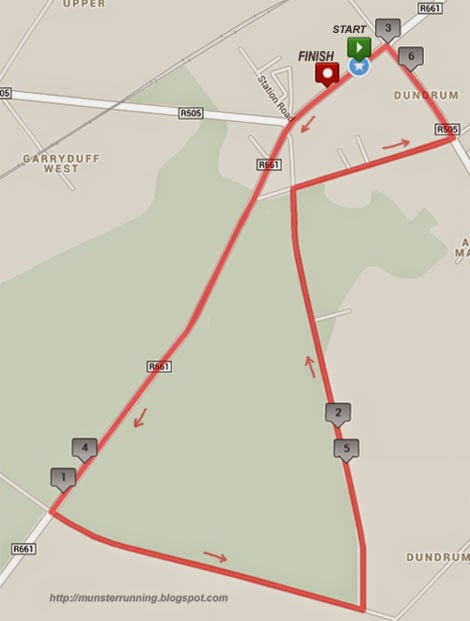 Course description....This is the view from the start line...dead straight and flat as you run past the Centra Store...

Just after the store, you pass a garage and the finish line is just beyond that...roughly 200m or so after the start line...

At the junction at 400m, you stay on the road straight ahead... 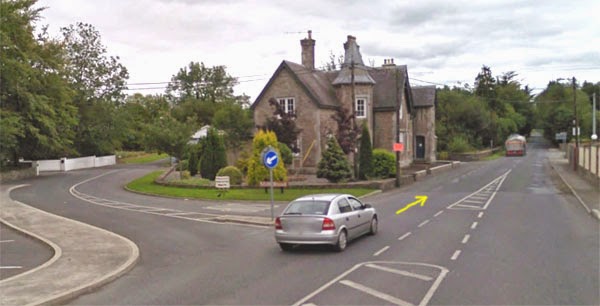 As you leave the village behind, the road ahead is dead straight and flat.... 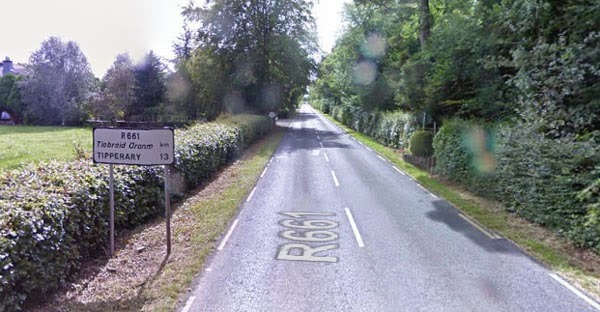 Around 0.9 miles, you pass the entrance to Marl Bog Forest on the right, famously known locally as  the Duck Pond. This picturesque location is used by members of Dundrum AC for much of their training and is a nice area to visit. 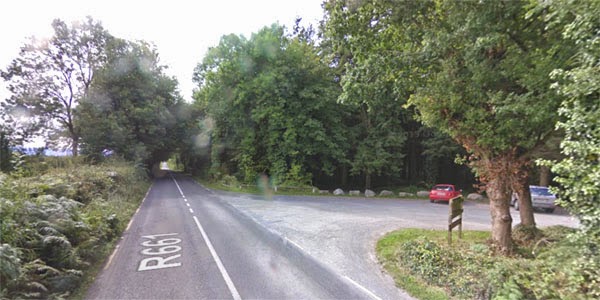 .......and onto a smaller road but it continues mostly straight....and again, pretty flat... 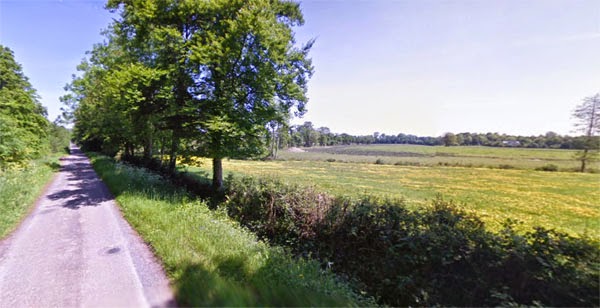 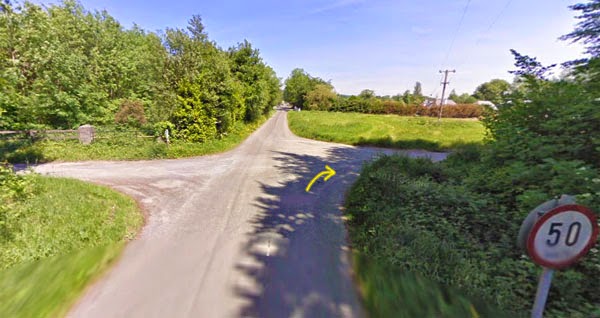 ....and onto the Green Road....another straight and flat road... 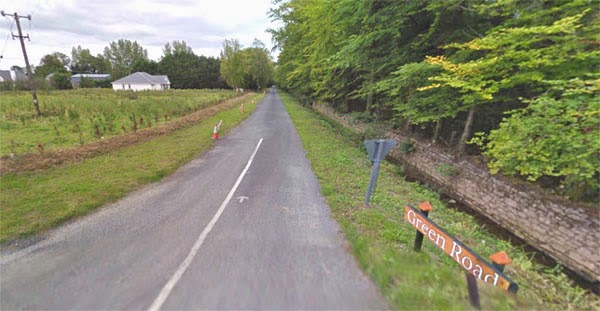 The Green Road comes to an end around 2.7 miles when you come to the road junction with the R505...the main road from Cashel. Turn left here...

....and continue into the village...again, straight and flat... 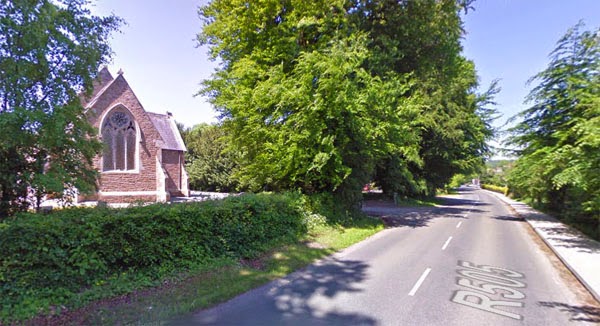 Around 2.9 miles, you enter the village proper... 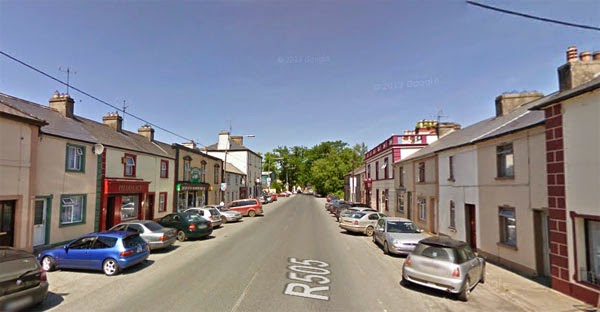 ....and up the road to the 'Start' line to complete the first lap. 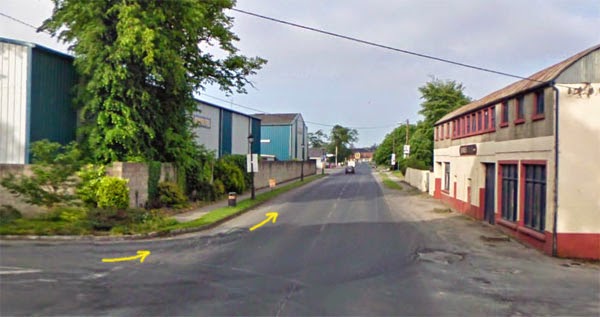 One more lap and it's past this point for a second time to run on to the finish line.

Overall.......Picturesque village with a lot of history. Seriously fast 10k course. Hardly a hill worth talking about and plenty of long straight sections. Must be one of the fastest 10k courses in Munster if not the country.

Additional info for spectators.....Note the points A, B and C below. If you move between these points which are just over 100m apart you can see the athletes at approx. 0.25miles , 2.4miles, 3.2miles and again at 5.4miles. 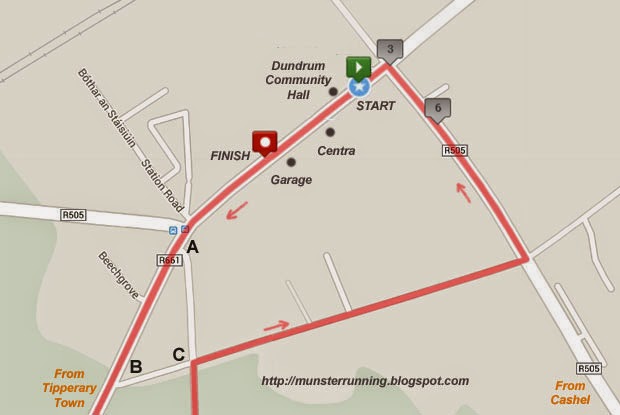